On our way home from Lithuania, we stopped off in Poland to visit the site of the Auschwitz-Birkenau concentration camp. It seems that in our travels we are often coming in touch with genocide, and this trip was no different. ( And, true to form, on our upcoming trip to Lithuania in May 2016 we will have a stopover in Germany, where we will be visiting the concentration camp of Dachau). Words cannot really explain the depth of emotions that one feels while walking through the Auschwitz-Birkenau camps, and, even now, months later, we are both still processing what we saw. 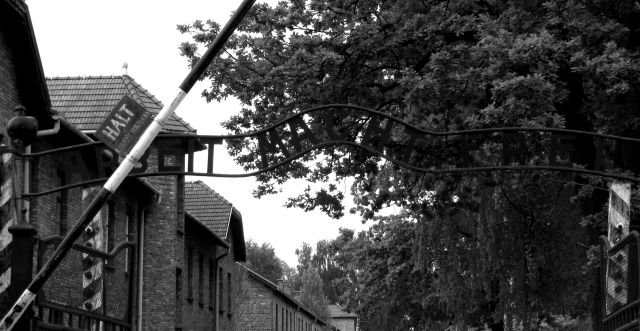 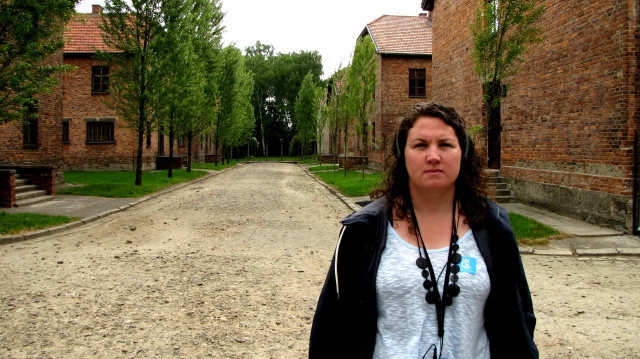 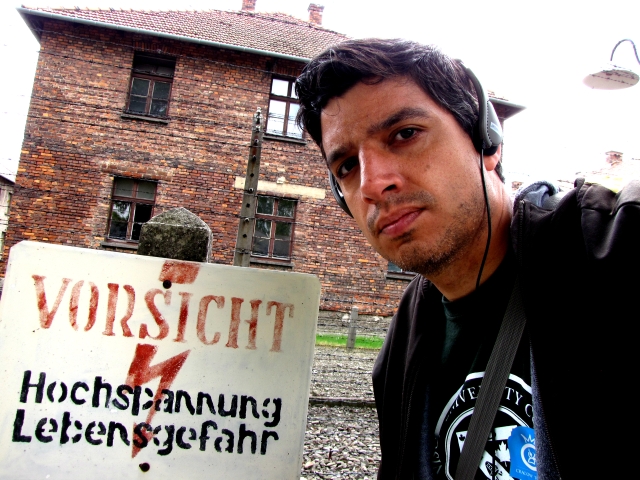 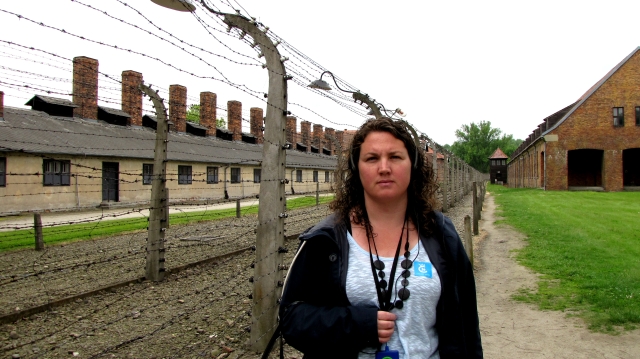 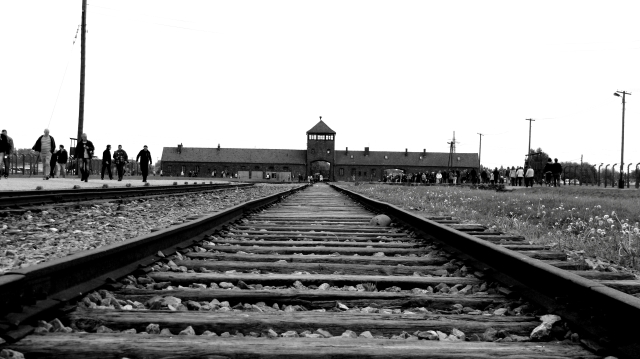 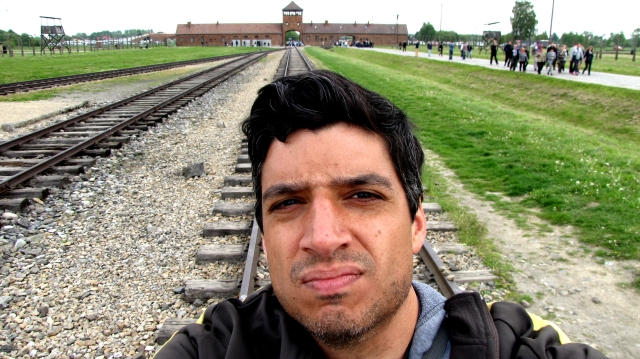 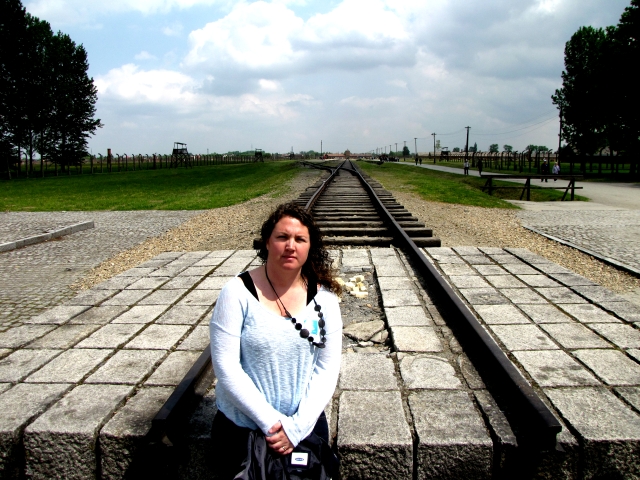 End of the tracks, Auschwitz-Birkenau. The gas chambers were located directly in front of Christy. 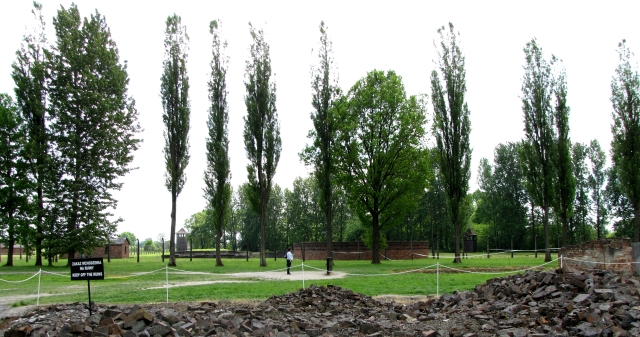 Where the ashes of over 1 million people were dumped, Auschwitz-Birkenau.